You either love them, or hate them; asparagus. In Dutch: asperges. 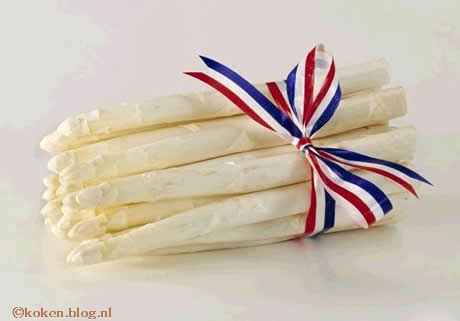 Due to the very short period of time that they’re available, plus the amount of work that goes into growing and handling these beauties, they’re one of the more expensive and luxurious vegetables.
Prices can even go up to 8 euro’s per kilo!

In the Netherlands, the province that provides most asparagus, is Limburg.
It’s the most southern province of the country, and it has been the main supplier of asparagus for the country since WW1.
Asparagus season in the Netherlands is short, approximately two months.
Depending on temperatures, (asparagus start to grow when ground temperatures rise above 12 degrees Celcius) the first asparagus show themselves above ground in between February and March, and will traditionally be harvested between the second Thursday in April, until the 24th of June. (The 24th of June marks the birthday of Johannes de Doper, also known as Sint Jan, Sint Jan Baptist and Jahja. A prophet according to both Christians and Muslims.)
After that, the plants are left to rest to prepare for next year’s harvest. 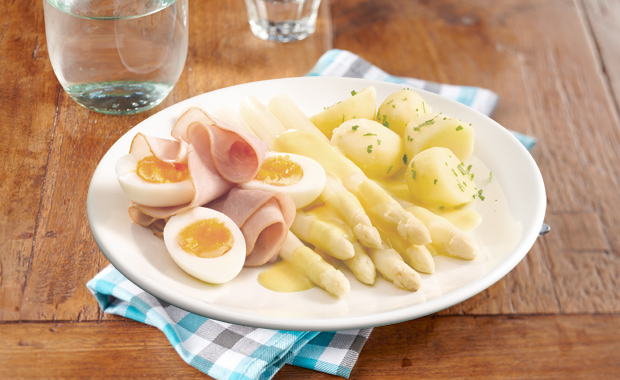 How harvesting and handling of asparagus is being done in the Netherlands can be seen here: https://youtu.be/YdUlvXgzCQc, this video was recorded at the Hereijgers family farm in 2013. 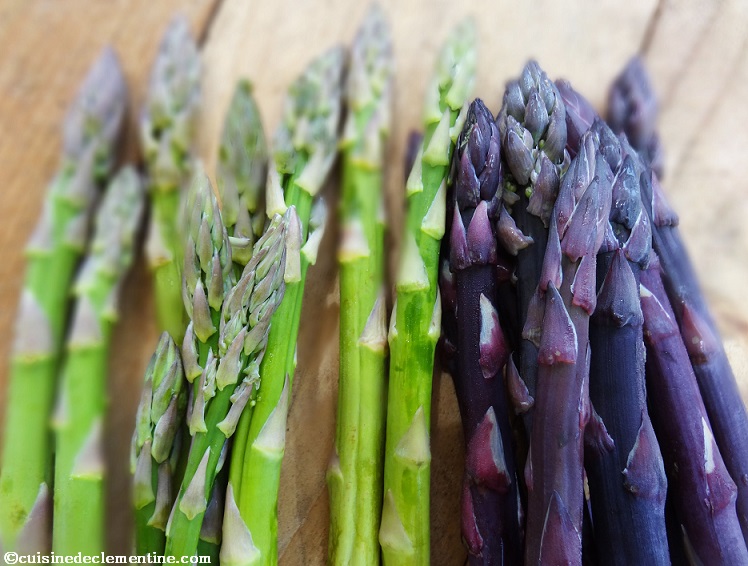 There are three kinds of asparagus. White, green and purple. The purple ones are rarely seen, and the white ones are the most popular kind in the Netherlands. The largest asparagus that has ever been harvested measures a whopping 3.11 meters, and can be admired in the Dutch national asparagus and mushroom museum: Museum De Locht, Melderslo.

Traditionally, the Dutch prepare asparagus by cooking them, and serve them with melted butter, eggs, ham and cooked potatoes. The asparagus, both green and white, is also often served with Hollandaice sauce.
A perfect spice for seasoning asparagus is Nutmeg.
We found you a short video on YouTube on how to easily prepare asparagus traditionally: https://youtu.be/J5hQ6ATSeqo 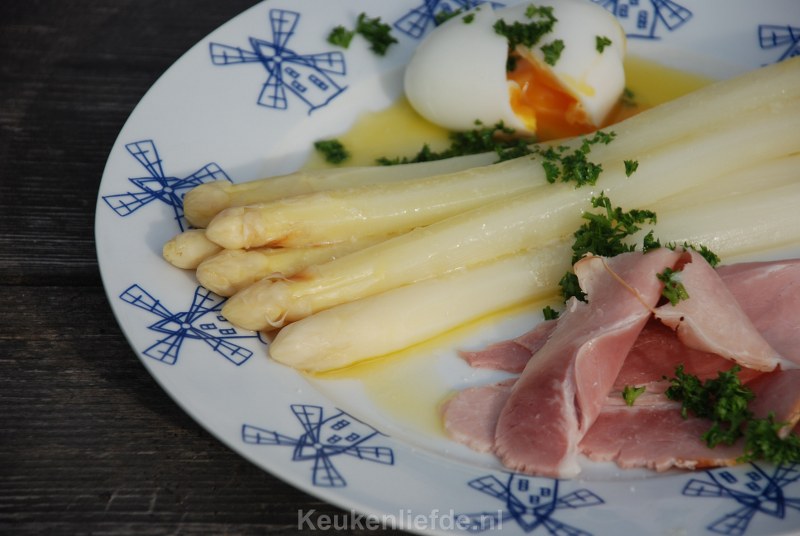 Do you like asparagus? Which variety do you prefer, and how do YOU prepare them? Share your thoughts and recipes with us on our Facebook-page: facebook.com/yummydutch!