Even though 2015 has barely started, the Dutch are preparing for Carnaval again!

Carnaval is mainly celebrated in the southern provinces Brabant and Limburg, because it is there where most Catholics used to live and Carnaval finds its origin.

This year Carnaval will start the day after Valentine’s day, and will last until Tuesday evening.
In the very beginning, Carnaval used to be all about food, because Carnaval, or ‘Vastenavond’, ends in 40 days of fasting until Easter starts.
Today not many people celebrate it with this Catholic background anymore, because more and more people are without religion in the Netherlands. It has evolved into a new tradition, where preparations start at November 11th. 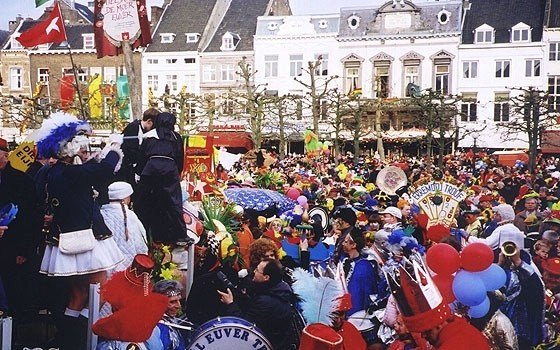 Fans of Carnaval find each other and form groups to participate in the parades with beautiful handmade floats (see pictures) and have fun dressing up, having a beer/many beers with friends and party for four days in a row.
In Brabant, most villages and cities are renamed for Carnaval.
The most well- known example is probably ‘s Hertogenbosch, which is called ‘Oeteldonk’ during Carnaval. 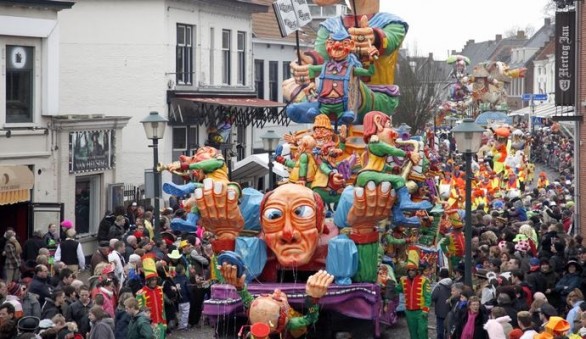 On Saturday the youth start with their parade, and on Sunday the ‘Grote Optocht’ (the main parade where adults participate with groups and floats), is being held.
A small village in Brabant, Berghem, also holds a parade at night, called the ‘verlichte optocht’.
The floats that participate are decorated with many lights, quite an extraordinary and magical sight to behold! 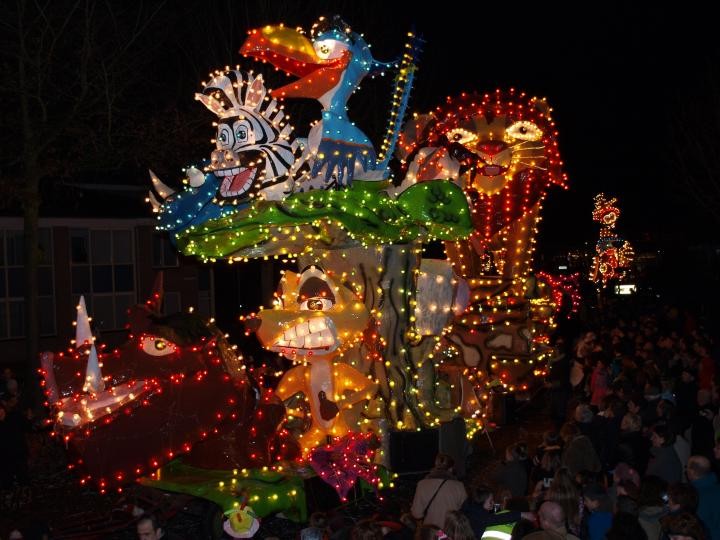 Some people look forward to Carnaval all year, and some of those die-hards won’t even make time for a proper meal and good night’s sleep those four days. That is why ‘Snert’ (thick pea soup) with ‘Roggebrood’ (rye bread) and ‘Brabantse worstenbroodjes’ (Sausage rolls) are popular foods during Carnaval.
If you’re planning on bringing a little bit of Dutch Carnaval into your home, this is your shopping list:

Would you rather try making these delicious Brabantse Worstenbroodjes by yourself?

You would also need:

Warm butter and milk in a small pan together.
Put the white bread mix into a bowl, and pour the milk/molten butter over it.
Knead by hand until you have a supple dough, this may take a little while.
Now cover your bowl with either a tea towel or cling film, and let it rest for about 15 minutes to rise.
Cover your baking tray in baking paper.
Put your minced meat in a bowl and add the finely cut shallot, minced meat spices, 1 egg, the breadcrumbs and 3 tablespoons of milk. 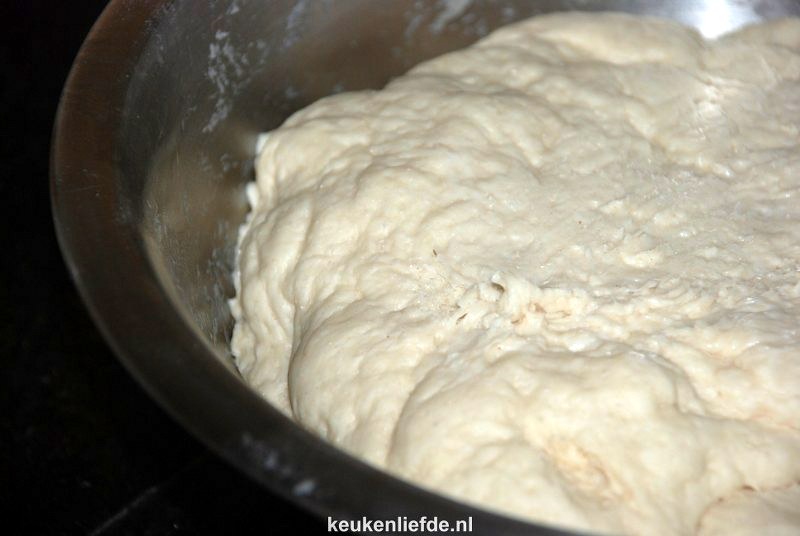 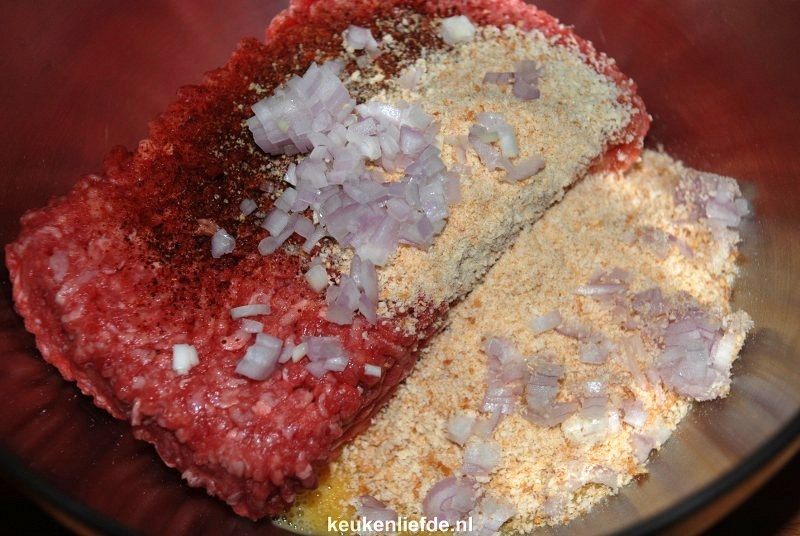 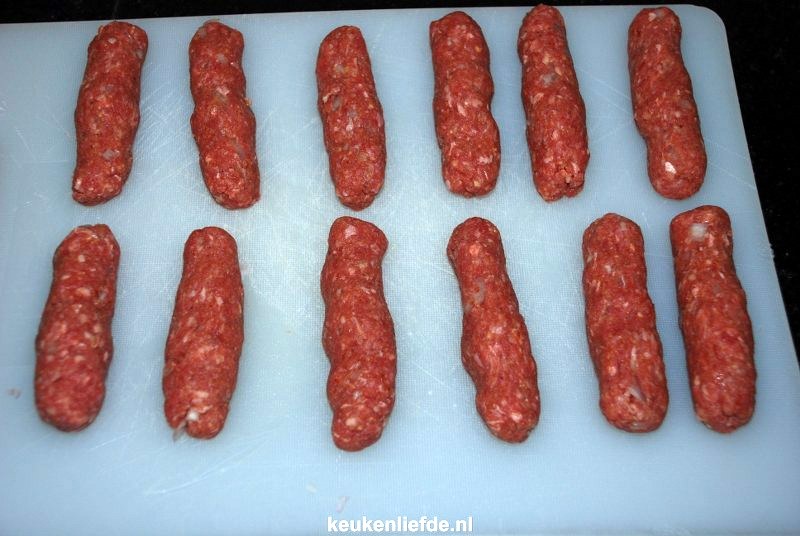 Now divide your dough in 12 equal portions, and form little balls.
Distribute some flour over your countertop and roll out the little balls of dough until they’re about 12 centimeters long strips.
Now also divide your minced meat into 12 equal portions, and roll sausages out of them.
Put the sausages on top of the flattened dough, put some water on the edges.
Fold the short ends first, followed by the longer ones on the side.
Put them –seam down-  on the baking paper. 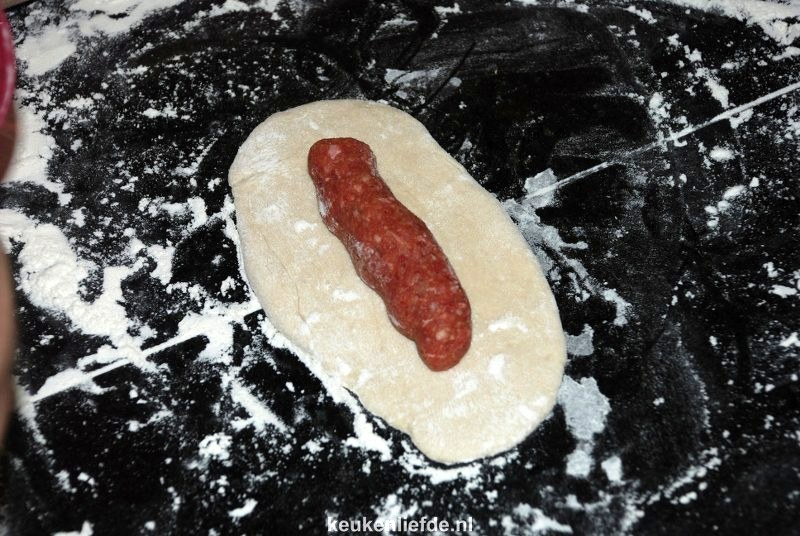 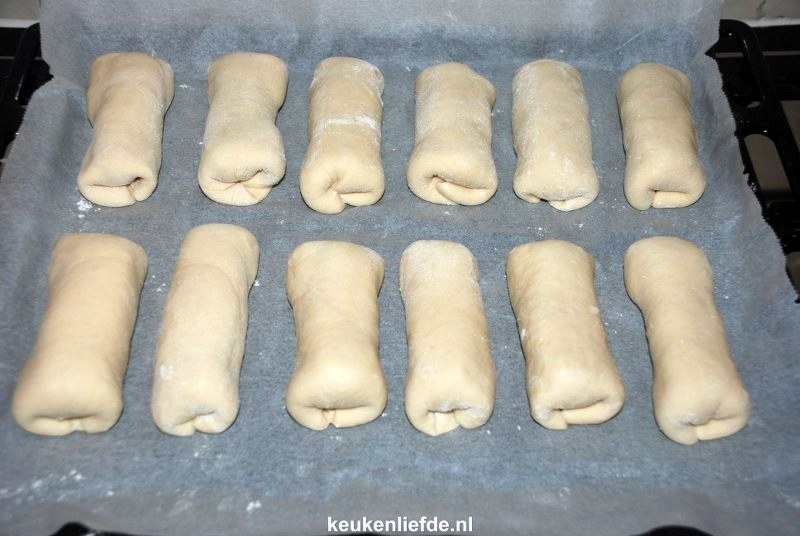 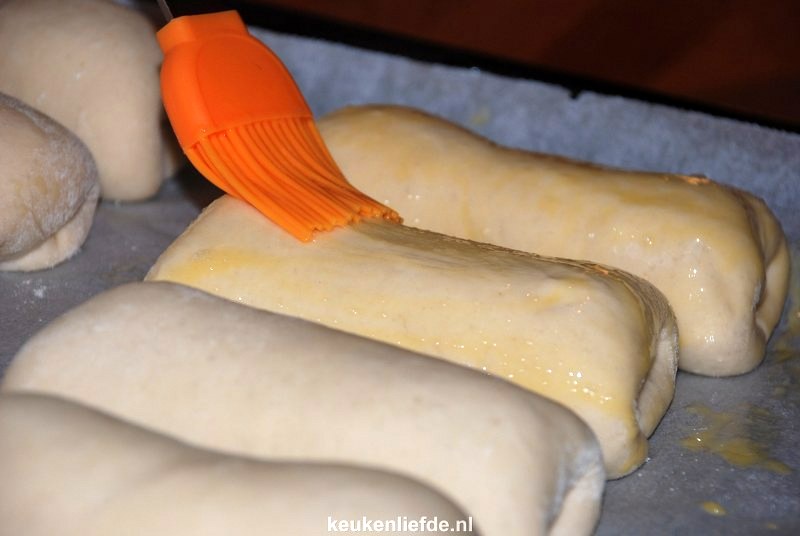