Bossche Bollen are a kind of pastry that was originally invented in Den Bosch, or: ‘s Hertogenbosch, a city in the south of the Netherlands.
They are large choux pastry, filled with whipped cream and covered in a thick layer of real chocolate.
It is impossible to eat one of these without making a mess, so be warned!
It’s totally o.k. to use a knife and fork while tackling one of these, and be sure not to forget LOTS of napkins. 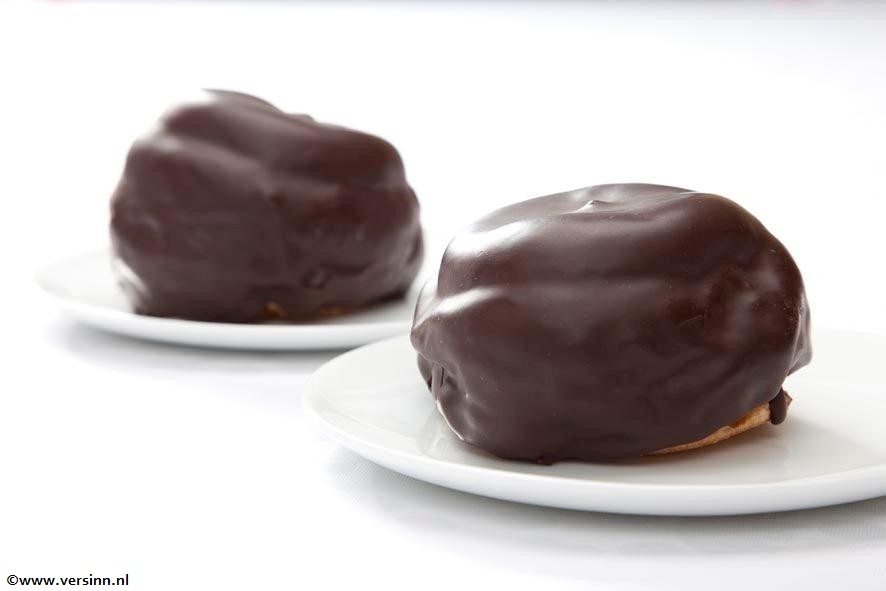 Bossche Bollen have a diameter of approximately 12 centimeters, and are sometimes also referred to as “Chocoladebol”, which quite literally translates into “ball of chocolate”.

Even before the 20th century, a predecessor of the Bossche Bol was sold by Den Bosch based baker Lambermont, a choux pastry ball, filled with confectioner’s cream.
In 1920, Henri van der Zijde, originally from Den Haag, moved to den Bosch and opened a bakery that started selling the first Bossche Bollen that were covered in real chocolate and filled with whipped cream instead of confectioner’s cream. Later on, Lambermont also started selling this kind of Bossche Bol in his bakery.
It wasn’t until later that the Bossche Bol got its name.
Eventually the Bossche Bol became very popular, not only inside Den Bosch, but also outside of the city. 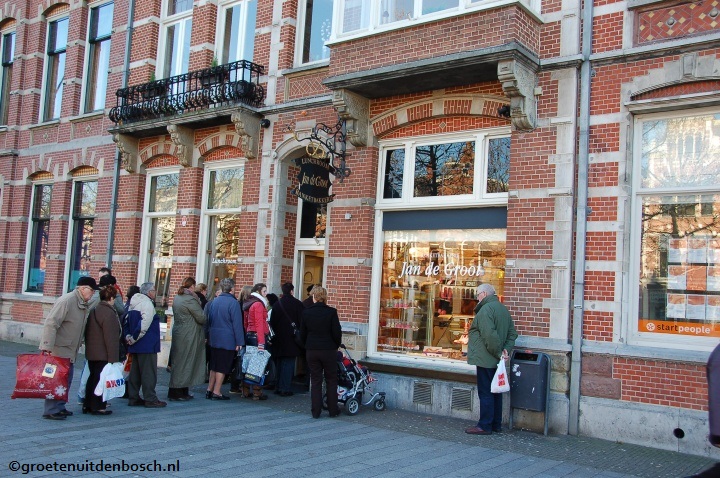 The exact recipe differs slightly among bakers, but nowadays the ones from Den Bosch based baker Jan de Groot are considered the ‘real deal’.
His bakery was established in 1936, and his recipe for Bossche Bollen has been passed down to family members.
The following recipe is borrowed from TheDutchTable.com: 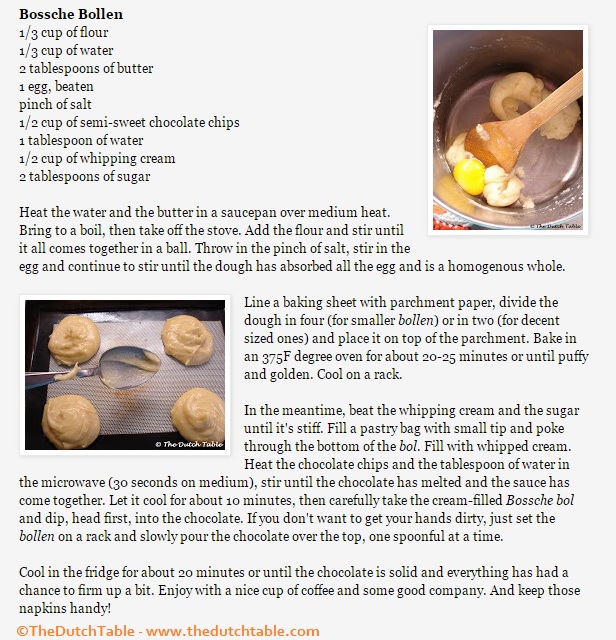 So, get those hands and mouths dirty and start baking! ;-) We're sure you're going to love these as much as we do!