Beschuit, also know as 'rusk' is a common variety to sandwiches for breakfast or lunch in the Netherlands. Rusks are twice baked, round flat breads, that have become brittle and crunchy because of the way they are prepared.


Rusks are easily combined with both sweet and savory types of sandwich fillings.
Popular ones are cheese, chocolate sprinkles, fresh strawberries, sugar, honey and of course, muisjes.

Muisjes are actually aniseed, covered with a layer of colored sugar.
When you translate the Dutch word muisjes to English, the literal translation will be ‘mice’.
There are multiple theories about how muisjes got their name. Some say they are called muisjes because of the stem on the aniseed, that makes them look like a mouse with a tail, but others say they are a symbol of fertility because mice produce lots of offspring. 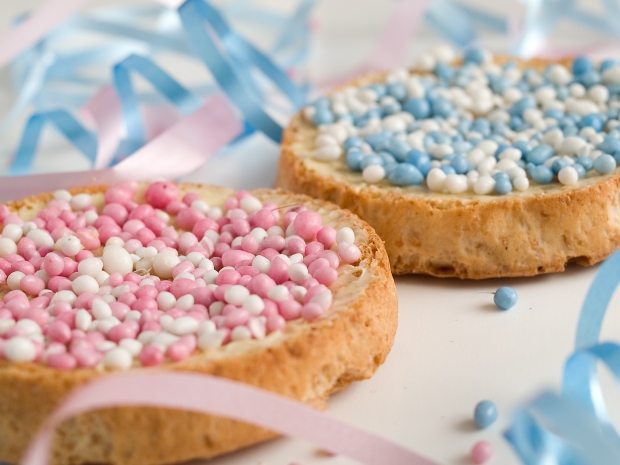 In the Netherlands it is customary to serve beschuit met muisjes when a baby is born.
Initially pink muisjes on rusk were served when the baby was a girl, and white muisjes for a boy.
Later they would mix the white and pink muisjes. Until 1990 you could only buy the white/pink variety, but in this year De Ruijter, manufacturer of muisjes, started making blue/white muisjes also.
From that moment on, parents who got a son, served the blue/white variety.
When visiting the parents and their newborn, you will most likely be offered ‘Beschuit met muisjes’ to go with your tea or coffee to celebrate the new life.

Muisjes in history, and royal muisjes

No one’s really sure when people started serving ‘Beschuit met muisjes’, but initially rusk was only eaten at special occasions and festivities. Rusk was a luxury only rich people could afford.
They would serve it with a thick layer of butter, and some sugar on top of it. Later sugar would be replaced by muisjes when a baby was born.
Since 1938, when Princess Beatrix (former queen of the Netherlands) was born, a new tradition started. De Ruijter brought a large tin of orange/white muisjes to Soestdijk palace, as to welcome the new princess. 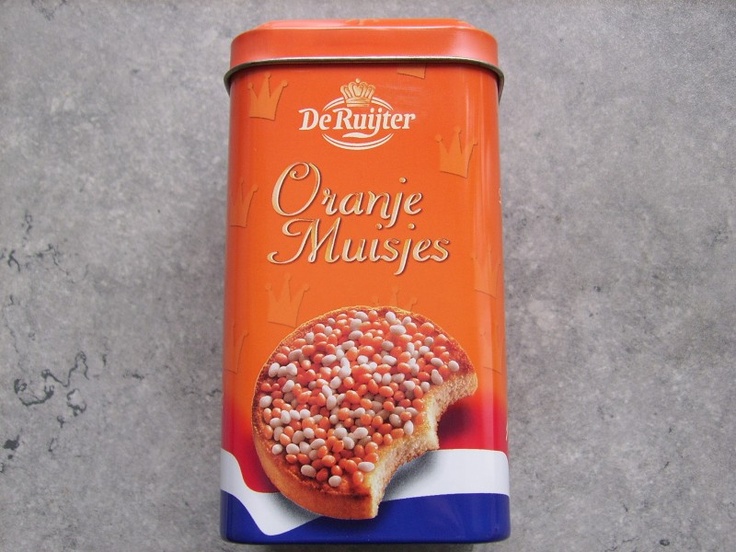 From then on, every time a new prince or princess was born, they would offer orange/white muisjes, and sell limited tin canisters filled with orange/white muisjes temporarily in supermarkets.
We have found some footage of princess Beatrix' birth announcement and the large canister of orange muisjes that were offered.
Find it HERE!.