One of the Netherlands’s most incredible spring-attractions:
De Keukenhof!

You either love them, or hate them; asparagus. In Dutch: asperges.

Februari is – of course – the month of love with Valentine’s day right around the corner, but in the Netherlands also the month when the Dutch celebrate Carnaval, especially in the southern provinces of the country.

Bossche Bollen
Bossche Bollen are a kind of pastry that was originally invented in Den Bosch, or: ‘s Hertogenbosch, a city in the south of the Netherlands.
Read entire article »

Chances are, you've never heard of them, even if you live, or have lived, in the Netherlands: Anijskrollen!
Anijskrollen are whitebread rolls with aniseed, braided into a knot by hand, and a popular regional product in the east of Brabant, one of the southern Dutch provinces.

Tony's Chocolonely - A Fresh Dutch Brand With A Mission!

The Mysterious Hunebedden From Drenthe...


If you are visiting the Dutch province of Drenthe, it is very likely that you will come across one or more Hunebedden.
Hunebedden are heaps of giant... Read entire article » 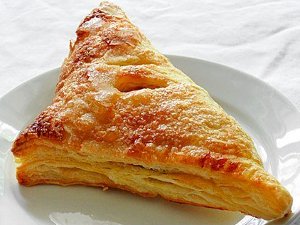 Appelflappen are a popular substitute for a biscuit or cookie to go with your coffee or tea.
You’ll often see them being served at birthdays as... Read entire article »

Carnaval is mainly celebrated in the southern provinces Brabant and Limburg, because it is there where most Catholics used to live and Carnaval finds its origin.